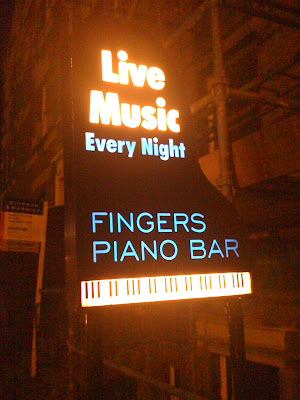 I have walked by this place on so many occasions, but it is rarely open. It turns out it doesn't open until 10:00PM, stays open until 3:00AM, and caters primarily to the after-pub-closing crowd.

I was the only one there at 11:30PM on a Thursday night - the calm before the storm. They were cleaning the lines on all the taps, so on the advice of Stevie the bartender, I ordered a Highland Park whisky.

Stevie was cordial, and quite happy to discuss Edinburgh's pub scene. He claims that Fingers has been around for decades, and that Dirty Martinis copied their business model of the sing-along piano bar. 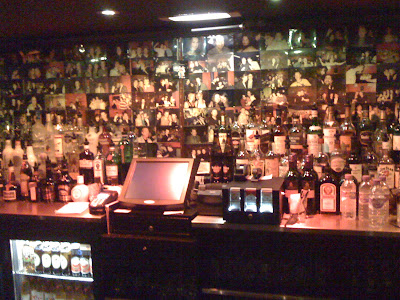 Email ThisBlogThis!Share to TwitterShare to FacebookShare to Pinterest
Labels: slick