Holy crap we're in Sweden! We took the night train from Berlin: fell asleep somewhere in northern Germany, and woke up from the clatter of our train being loaded onto a ferry. I didn't know trains went on ferries. This took us totally by surprise, though in hindsight I'm not sure exactly how we thought we were getting to Sweden without crossing the Baltic at some point.

Here at Balthazar one will find a great range of organic beers and ales on the menu, including both Brew Dog and Black Isle from Scotland! Meghan drank a Green Goblin cider from Thatchers of Somerset while I wanted to try something local and drank an Arboga Ekologisk lager from Three Towns Independent Brewers. 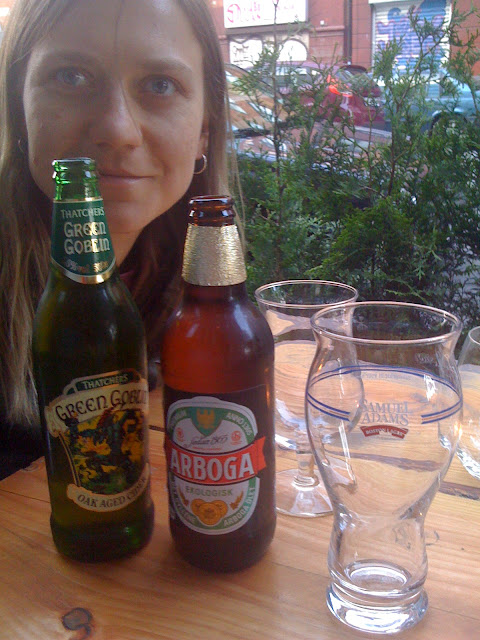 Email ThisBlogThis!Share to TwitterShare to FacebookShare to Pinterest
Labels: charming