Holy crap we're back in Slovakia! Ryanair flights to/from Vienna actually don't use the airport in Vienna. They don't even use an airport in Austria - they use the one in nearby Bratislava, the capital of Slovakia and the city formerly known as Pressburg. 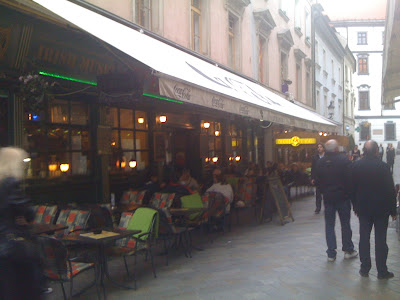 I wonder if there is a country on Earth that doesn't have an Irish pub...? 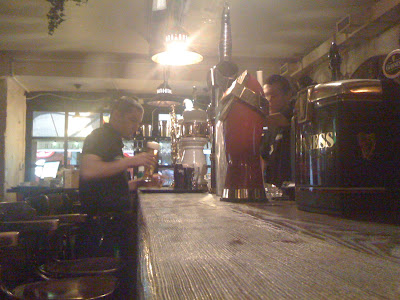 Despite the Irish ales on tap, I had another Zlaty Bazant original Slovak beer.
Email ThisBlogThis!Share to TwitterShare to FacebookShare to Pinterest
Labels: forgettable