Helvecia was just a little further down the street from our hotel. It is a great big basement bar with water polo on the flat-screen, billiards, and music posters all over the curved, cavern-like walls. There were only two beers on tap, but that did not bother me as I was here to sample my first pint of Dreher Classic. 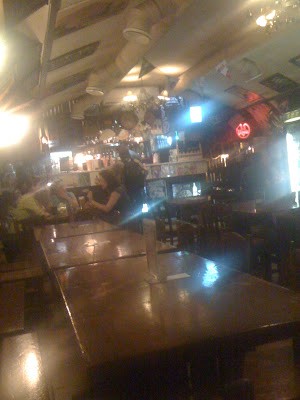 Yes, I said water polo was on the television. 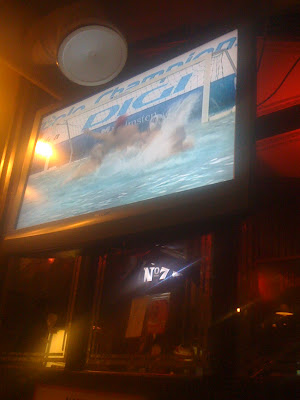 Hungary has a long history of interest and success in the sport, including a famous 1956 Olympic victory over the Soviet Union. This particular match featured two club teams from cities I wish I could recall.
Email ThisBlogThis!Share to TwitterShare to FacebookShare to Pinterest
Labels: charming, sports bar