This York beer freehouse (i.e., they are independent and can thus choose to serve whatever beer they like) is spread over three rickety medieval floors. Their website claims the building dates back to 1130, and I would tend to agree. The staircase was interesting. 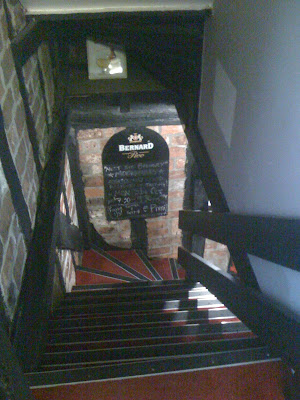 The beer selection is heavy on the Bernard pilsner, but also features at least three cask ales. I chose a Camden Pale Ale from London's Camden Town Brewery, while Linus opted for the Brown Rat by Rat Brewery, an imprint of Ossett Brewery in Huddersfield, West Yorkshire. Svea had a Hogans cider, which she said tasted like a less carbonated Strongbow. Linus and I eventually traded beers, as I really liked the smoothness of the Brown Rat, while he enjoyed the lightness of the Camden. 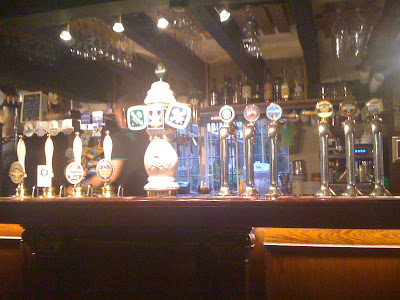 This photo from the pub's website captures the ambiance quite well.

Email ThisBlogThis!Share to TwitterShare to FacebookShare to Pinterest
Labels: memorable